Coming 21 June, Dr. Petra De Sutter, a Belgian senator and gynaecologist specialising in surrogacy and Assisted Reproductive Technology (ART), will try again to get the Committee on Social Affairs of the Assembly of the Council of Europe to accept surrogacy, despite the rejection of her previous report in March and her alleged conflict of interest.

The ECLJ* condemns a move that flouts the values of the Council of Europe, by both its content and elaboration procedure.

On 28 January 2015, the Assembly of the Council of Europe appointed Dr. Petra De Sutter to draft a report and resolution on “Human Rights and Ethical Issues Related to Surrogacy”.

Although the majority of the members of the Committee responsible for the report fortunately voted, on the 15 March in Paris, against the first draft report written in favour of surrogacy, the rapporteur will try again on the 21 June to get their seal of approval. It is obviously not going to be the same text, but the objective is the same: to make the Committee accept Surrogacy.

The draft report will, in all likelihood, strongly condemn commercial surrogacy to better advance the argument of the so-called “altruistic surrogacy” that doesn’t exist. As hypocritical as it may be, it will allude to the protection of the rights of children to, in reality, better guarantee the rights of adults over the children born through surrogacy.

The Rapporteur, who specialises in surrogacy and Assisted Reproductive Technology (ART) in a Hospital in Gent and who works with a commercial surrogacy company in India (Seeds of Innocence) has every interest in getting surrogacy approved. Regarding the accusation of conflict of interest levelled against her, the Committee on Social Affairs could have resolved the problem by secret vote as prescribed by the Rules of Procedure. However, on 27 January 2016, the Members of the Assembly were invited to vote, not on the conflict but rather to decide on whether the conflict should be put to vote! Thanks to this trick, the Members of the Assembly were made to vote by show of hands and it was decided, by a narrow majority, that the issue of the conflict of interest should not be examined. Consequently, the problem remains open and unresolved!

After the vote of 15 March, which rejected the De Sutter report, several members of the assembly requested that the process should be abandoned or entrusted to another Rapporteur. Thus, credibility of the Council of Europe and serenity of debates on such a sensitive subject were at stake. This request was rejected. There is a considerable amount of pressure within the institution to adopt a text in favour of surrogacy.

This can be seen in the way the activities of the parliament, whose confidentiality had been strengthened, are conducted. The last straw for an authority who is supposed to be a model of transparency and of “inclusive democracy”: the draft project and resolution are confidential, discussions are held behind closed doors, people against surrogacy are not deposed, and reports of sessions are laconic. For instance, on 21 April, the Secretary General of the Assembly addressed the Committee on Social Affairs concerning “a point on a procedure” and held “an exchange of views” apparently about De Sutter’s report – something very rare. This is all the official minutes reported. Don’t try to get more information, it is strictly confidential…

Positive Point: The accumulation of problems surrounding this report seemed to have convinced the President of the Assembly to bring the matter before the Committee on Rules of Procedure, responsible for implementing the ethics and ensuring that the Rules of Procedure are complied with. But even relating to this, don’t pry, it is strictly confidential…

Why is the fight to get surrogacy accepted going on within the Council of Europe when the Council, whose aim is to promote human rights, should be at the forefront of the fight against this form of human exploitation?

One of the reasons is political expediency: the majority of the members of the Committee of Social Affairs the “progressist”. A more delicate reason concerns the makeup of the Assembly: a section of the Members are from countries where the surrogacy industry is booming (Romania, Ukraine, Russia, Bulgaria, etc.) as well as countries that are not models of democracy. Romania, for example, is riddled with corruption. Many members of the assembly from these countries claim they do not think surrogacy creates any problems, on the contrary…

In contrast, the European Parliament in Brussels, has taken a clear stance by strongly condemning any form of surrogacy, stating that it goes against the rights of the women and human dignity. By a vote on 17 December 2015, the European Parliament “condemns the practice of surrogacy, which undermines the human dignity of the woman since her body and its reproductive functions are used as a commodity; considers that the practice of gestational surrogacy which involves reproductive exploitation and use of the human body for financial or other gain, in particular in the case of vulnerable women in developing countries, shall be prohibited and treated as a matter of urgency in human rights instruments”.

Hopefully the Assembly of the Council of Europe will ensure that the values ​​for which the Council has been established prevail over this new form of degradation and servitude.
* ECLJ has partnered the No Maternity Traffic Initiative.
Article published in French in the FigaroVox (16 June 2016) : http://premium.lefigaro.fr/vox/societe/2016/06/16/31003-20160616ARTFIG00082-europe-la-gpa-altruiste-est-elle-le-cheval-de-troie-de-la-gpa-commerciale.php 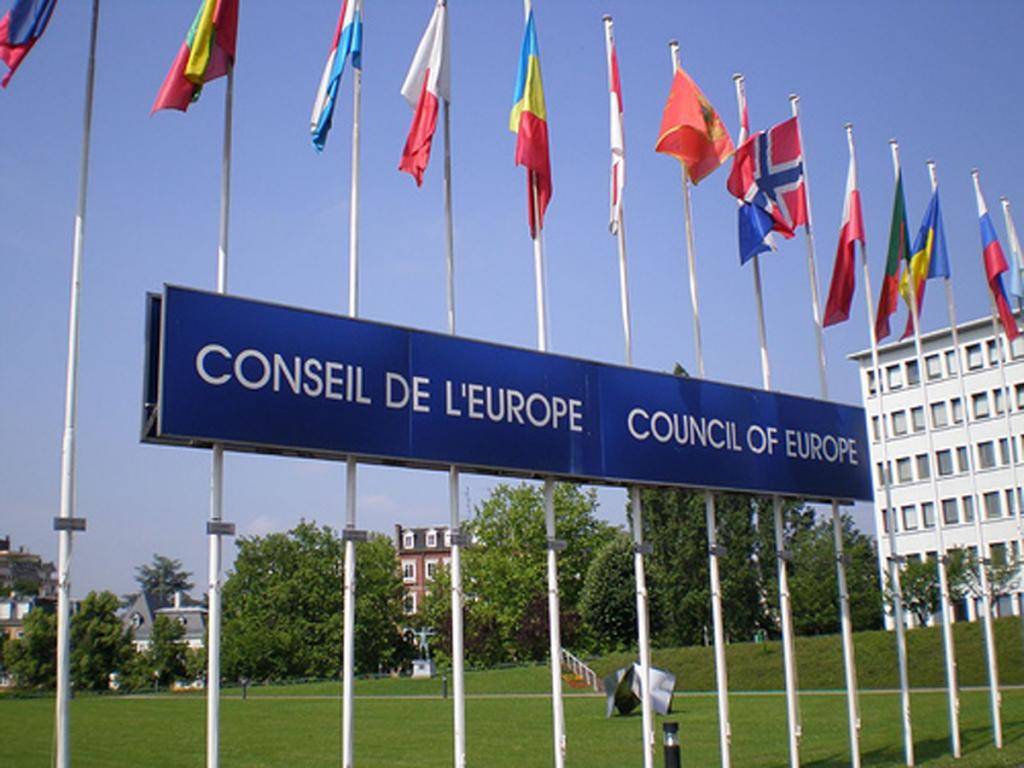 No Maternity Traffic is rejoicing that the petition submitted on 10 March 2016 to the Presidency of the Parliamentary Assembly of the Council of Europe was recognized as admissible during the meeting of the Bureau of 26 May 2016. The Bureau decided to transmit the petition to the Committee on Social Affairs to be taken into account as part of preparation for the report on Human Rights and ethical issues related to surrogacy.

The 107,957 European signatories of this petition are calling on the authorities of the Council of Europe to commit themselves to the effective abolition and prohibiting of surrogacy.

No Maternity Traffic considers that, while the Committee on Social Affairs seemed to be very divided, this first positive step will pave the way for the position of the many citizens concerned about human rights to be taken into consideration.

In fact, the report and resolution submitted by the rapporteur, Petra de Sutter, were rejected last 15 March by the Committee on Social Affairs. This project aimed to give a framework to surrogacy, i.e. to allow it under conditions, although this practice is, in principle, inacceptable. Nevertheless, the rapporteur was not relieved of her duties. On the other hand, although a conflict of interest concerning her was revealed, the conflict was not put to vote despite the Rules of procedure of the Council of Europe.

No Maternity Traffic is still in action and is requesting that the position of signatories should be really taken into consideration by the Committee, i.e. the total ban of surrogacy. It is also concerned to notice that the rapporteur was not replaced.

Surrogacy, regardless of its form, exploits women and leads to child trafficking, partially or totally depriving these children of their parentage. This practice seriously violates human rights, which the Council of Europe is tasked to guarantee. 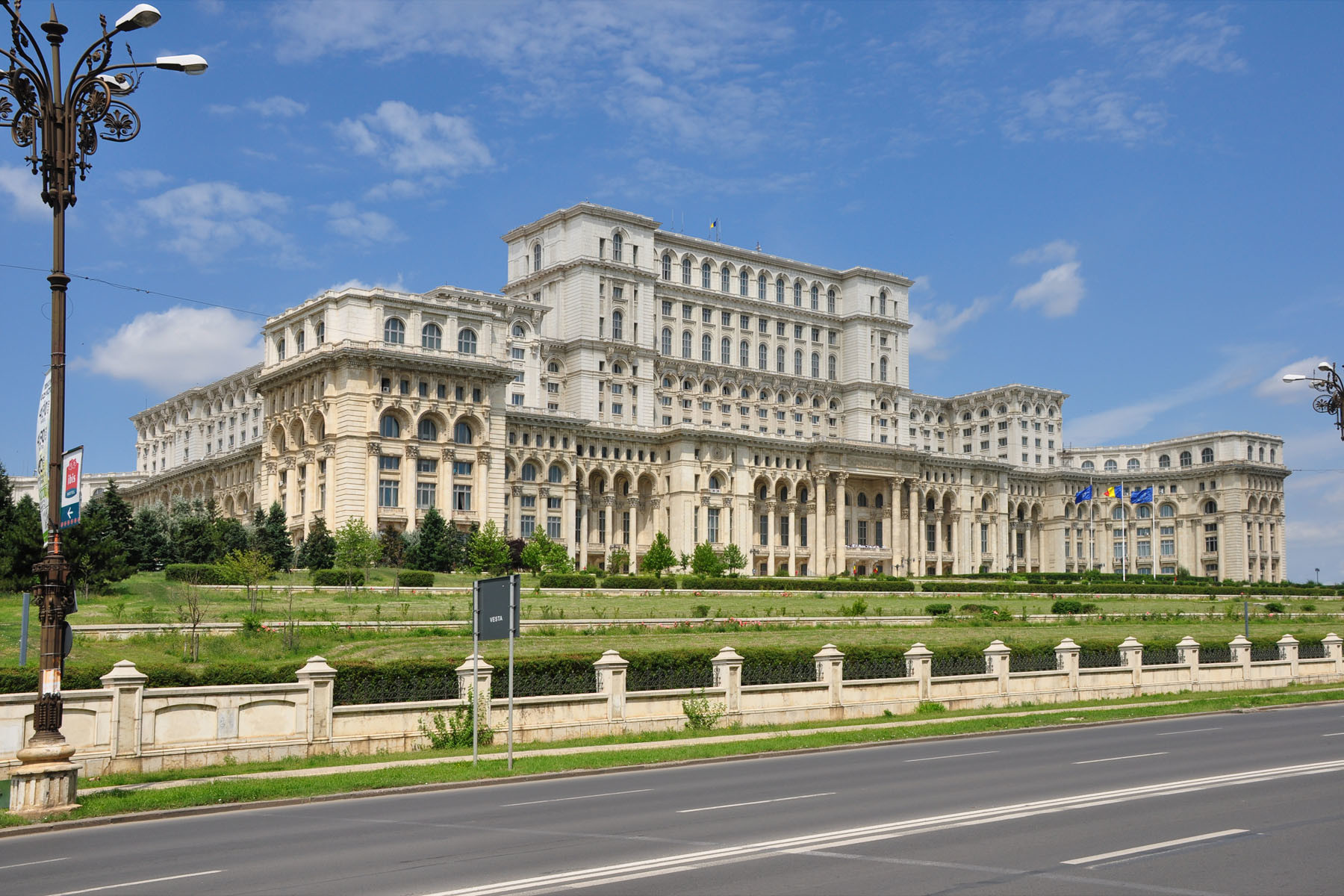 Surrogacy: hearing at the Romanian Parliament

On Wednesday, the 23rd of March 2016, the Committee for Legal Matters and the Committee for Health and Family of the Chamber of Deputies of Romania met to interview Grégor Puppinck, director of the European Centre for Law and Justice (ECLJ), regarding the consideration of the draft law on medically assisted reproduction. The hearing lasted over an hour and a half and involved the main Members of Parliament (MPs) in charge of this matter. The hearing took the form of an exchange of views.

Recently, Grégor Puppinck was also interviewed at the European Parliament and at the Assembly of the Council of Europe as part of the collective No Maternity Traffic, of which the European Centre for Law and Justice (ECLJ) is an active member.

In Romania, medically assisted reproduction is practiced outside any legal framework. Draft legislation is under consideration for several years and could be achieved in the coming months. One of the issues raised by this project concerns surrogacy, which is also practiced in outside of any legal framework in Romania. This tends to encourage its development and its economic power.

The MPs seem convinced of the need for regulation and must first choose if they want to legalise or prohibit this practice.

Grégor Puppinck presented the two options to MPs, in light of the experience of countries that have chosen one possibility or the other. He noted a trend in favour of limiting, or even a total ban on surrogacy. In Europe, the European Parliament voted in December 2015 in favour of banning surrogacy, and the Committee on Social Affairs of the Assembly of the Council of Europe has also ruled in March 2016 against a draft report in favour of the legalisation of surrogacy. In the rest of the world, many of the countries who are “producers” of children by surrogacy began to limit or even prohibit surrogacy, at least to foreigners.

In response to the MPs who asked him about the principles and methods that distinguish these two options, Grégor Puppinck said that the option of prohibition is based on the principle of human dignity and especially of bodily integrity. Surrogacy uses the surrogate mother as a means to fulfil a personal desire, yet the most universally accepted implication of human dignity is that human beings should never be used as a means, but always as an end in itself. Similarly, with regard to the child, with surrogacy the child becomes the object of a contract, a “good” or a “merchandise”: the object of a right of adults, which is also contrary to human dignity and to many international instruments aimed at ensuring dignity.

Conversely, the option in favour of the legalisation of surrogacy is based on the idea that “parenting” is some sort of right, since the combination of technology and the law makes it possible to obtain a child. This is an extension of the domain of the “trade” to encompass the human being, according to the liberal and individualistic logic achieved in the surrogacy contract. The legalisation of this practice would place the legislator before the difficult task of determining the terms of such a contract, some of which would be opposed to essential legal principles.

The child is no longer “received”, but “wanted”, even if it means to deprive the child of its mother and knowledge of its origins. Thus, the logic behind surrogacy is also in opposition to the principle of adoption, which consists of giving a family to a child.

Finally, MPs were sensitive to the issues of physical exploitation of women, the abuse of the vulnerable and the links between surrogacy and the networks of trafficking and prostitution which are present in some of the countries in central Europe.