NO MATERNITY TRAFFIC and its fellow associations are rejoicing with women and children about the rejection by the Committee on Social Affairs of the Parliamentary Assembly of the Council of Europe of the project of report and resolution on surrogacy.

This project aimed to give a framework to surrogacy, that is to say, to allow it under conditions although this practice should not to be permitted under any circumstance.

This project raised huge opposition, including No Maternity Traffic demonstrations in Paris and Strasbourg early this morning. It is now obvious that surrogacy, in any form, causes women exploitation and children trafficking. Moreover these children are partially or totally deprived of their parentage. 107,957 European citizens have signed the petition resquestiong  the Parliamentary Assembly of the Council of Europe to ban surrogacy. This petition was submitted to the Council of Europe Presidency on Thursday 10th of March 2016.

Besides, a conflict of interest concerning the Rapporteur was revealed a few weeks ago. This conflict was not put to the vote, in spite of the Council of Europe’s Rules of procedures.

No Maternity Traffic keeps working to obtain the effective universal prohibition of surrogacy.

→ Read the note: “Why is surrogacy incompatible with international Law?”

On Thursday March 10, representatives from No Maternity traffic presented to the Presidency of the Parliamentary Assembly of the Council of Europe in Strasbourg the official European petition requesting the ban of surrogacy gathering 107,967 signatures.

This petition has been presented just a few days prior to the up-coming vote on the draft report and resolution on Surrogacy by the Committee on Social Affairs of the Council of Europe at a meeting scheduled in Paris on March 15.

This report might lead to the liberalization of surrogacy. It is even more controversial since the discovery of a possible conflict of interest of the rapporteur, a Belgian Senator who is gynecologist and practices surrogacy. That is the reason of the massive mobilization of numerous European citizens, alerted by the recent turn of events in the debate.

No Maternity traffic emphasizes that human being are not objects, they cannot be given, rented or sold. Surrogacy exploits women, it makes children the object of contracts to be conceived then abandoned by their mother. Surrogacy destroys the filiation of these children; it is a form of human slavery.

Among other points, the petition requests that governments initiate the elaboration of a text to specifically prohibit all forms of surrogacy in Europe and that the European Court for Human Rights (ECHR) be the guardian for the rights of women and children and condemn the practice of surrogacy as being contrary to Human Rights.

The collective group, No Maternity Traffic is organizing a rally of citizens on March 15 in front of the Office of the Council of Europe at 8 :30 am, where the vote for the resolution on surrogacy will be held: 55 Avenue Kléber, Paris 16e (Metro Boissière). There will be a press conference at 8 :45 a.m. 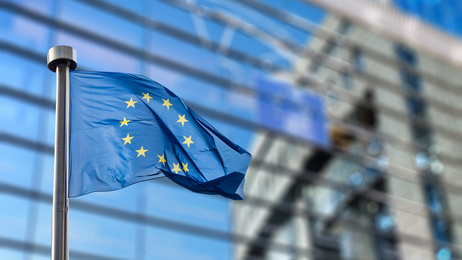 No Maternity Traffic Contribution : Surrogacy is incompatible with international law

The Parliamentary Assembly of the Council of Europe (PACE) is being seized of a proposal a Resolution (Doc. 13562) concerning “Human rights and ethical questions related to surrogacy”. The commission on social affairs, health and sustainable development will vote on a draft resolution and report this coming March 15.

To read the contribution

Warning: the vote of the Council of Europe on Surrogacy is approaching!

Warning: the vote of the Council of Europe
on Surrogacy is approaching!

If you are against the trafficking of children and the exploitation of women: Sign and get others to sign the No Maternity Traffic international petition

Despite the obvious conflict of interests that the Rapporteur of the draft report and resolution on surrogacy has, the Committee on Social Affairs of the Council of Europe has not discharged Petra De Sutter from her duties. An examination and a vote on these texts will therefore take place on 15th March in the Committee, and then during the week of the 18th of April in the Plenary Assembly of the Council of Europe.

This draft report and resolution – which is ambiguous and insidious – is in favour of surrogacy. It constitutes a very dangerous step towards recognising surrogacy on a European level.

On 23 November 2015, Members of the Committee on Social Affairs, Health and Sustainable Development of the Council of Europe discovered that Petra De Sutter, draft Rapporteur on surrogacy, had a conflict of interests as she is the head of the reproductive medicine department at Gent hospital, where surrogacy is practiced. Unfortunately, the members of the Committee have refrained from tacking a position on this conflict of interests. This breach of the rules therefore undermines the credibility of the report, the examination of which is still ongoing.

On 15 March, the Committee on Social Affairs of the Assembly will meet in Paris to examine and vote on the texts. It will then be put to a vote to all the delegates during the week of the 18 April.

We are at a crucial time but we can still act: please sign the No Maternity Traffic petition now, and get your family, your friends and your neighbours to do so also! If every one of you gets only two other people, that would triple the number of signatures! You have until the 14th of March, the day before the petition is submitted to the President of the Parliamentary Assembly of the Council of Europe.

Come demonstrate your opposition to the trafficking of children and the exploitation of women in front of the meeting place of the Committee:

Tuesday 15 March from 8:30am to 9:30am
in front of the Council of Europe Office,
55 Avenue Kléber, 16th Arrondissement of Paris (Metro station: Boissière).

Children and women need your signature and your presence on March 15 !

On December 17, the European Parliament adopted its Annual Report on Human Rights and Democracy in the World 2014 and the European Union’s policy on the matter.

In this document is clearly stated ((§114) )that the European Parliament “condemns the practice of surrogacy, which undermines the human dignity of the woman since her body and its reproductive functions are used as a commodity; considers that the practice of gestational surrogacy which involves reproductive exploitation and use of the human body for financial or other gain, in particular in the case of vulnerable women in developing countries, shall be prohibited and treated as a matter of urgency in human rights instruments” .

The European Parliament vote is therefore good news for the protection of the right of women and children. It comes as the Parliamentary Assembly of the Council of Europe has also decided to discuss this issue.

No Maternity Traffic reminds that Surrogacy is a shameful practice of human trafficking, for it involves the exploitation of women’s bodies and the commodification of children. The only human policy is to ban effectively such a practice.